We believe that everyone should be given the chance to demonstrate their ability as a parent and Amber Family provides a safe, welcoming, homely environment in which to do so.

Gill Whalley, Amber’s Care Director & Registered Manager was previously a Social Worker for the Local Authority.  During her time in this post she realised that there were very few options available to families who wanted to prove their parenting capacity and it was often disappointing when parents and children were separated whilst assessments were conducted in supervised contact sessions. This separation didn’t offer an opportunity for parents to bond with their new born baby and fully demonstrate their parenting skills. Contact was often time limited and in an unfamiliar setting which presented limited opportunity to produce a holistic, fair and robust assessment based on observations and commitment to change.

Other options for the Local Authority was to try to manage the family in the community using Universal Services. However, the success of this was largely dependent on the parent’s ability to work open and honestly with multiple agencies; again the quality of the assessment’s that were produced were less evidence based and continued to be led by assumptions. Some families were placed in a parent and child foster placement and whilst there were successful placements, this was largely dependent on the compatibility matching of the parent with a host family. There were often issues around the relationships in these settings and the vulnerability of all the adults, including the foster family. Often parents felt under pressure when living in another family home and could not demonstrate their own independent parenting style and self-care skills. Whilst foster carers were making observations there was no formal assessment produced.

Gill felt that opening a residential family centre would be an ideal opportunity to bridge the gap for Local Authorities and parents at such a vulnerable time and in discussions with her business partner, Carol Benbow, the ethos of Amber Family was developed. Fairness, honesty, respect, support and openness are at the core of the service provided by Amber.

Since opening, Gill, Carol and their team of experienced Key Workers and Support Staff have worked with a large number of Local Authorities, predominantly in the North West but referrals have also been received and families placed from further afield.

Amber Family provides a combination of a homely setting with close monitoring and support where safeguarding remains paramount.  This allows parents to develop their own parenting style whilst being guided and supported by staff. Additionally, parents are encouraged to treat Amber as their own home in order to demonstrate their independent living skills and ability to juggle a home and a baby. 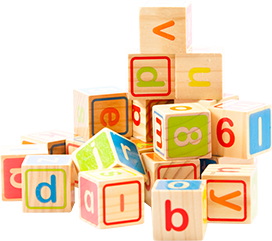 A Placement Plan, developed between the Local Authority, parent(s) and Amber Family ensures that targeted work is completed and the placement is meeting the needs of all parties concerned. On conclusion of the 13 week placement, a clear, honest recommendation will be produced as part of the assessment that summarises the parent’s ability and commitment to effect a long term positive change for their family.